And They Call This Airport Security


When I got to the Denver airport for my return to New York, I allowed enough time for the security check, arriving almost two hours before flight time. After going through the x-ray machine, I was tapped and told that the machine had randomly selected me for a fuller check. I think I stood there with a perplexed look n my face. A machine had selected me at random for a closer security check? Is this how security is done at Denver airport? After rubbing something in my palms, I was then told a complete check was in order as their little procedure had shown that I had a dangerous chemical on my hands (perhaps something to do with making a bomb?) I protested that this whole procedure was ridiculous, but they insisted that since they had found this chemical on my hands, they knew I was indeed someone to check. I remarked that I would change my hand lotion if I ever made it back to Denver.

Did no one have any sense there? When I asked what they did if the machine “randomly” selected a child, the response was a gleeful “Oh, we’d check the mother.” I had the impression that I was the only unfortunate pick that day to get a fuller check. And check they did. My boots came off, my coat came off, and everything, including my handbag was kept from me. And I was told not to touch anything—even if they finished looking through it. They rummaged through all my dirty laundry in my suitcase, they opened and peered into the computer in my backpack, they ran something over the phone in my purse, and they scrounged around any belongings of mine they could find. Looking for what, I couldn’t imagine. Everything had been through the x-ray machine, and nothing remarkable had emerged. But they took my coat, all my shoes, boots, slippers, and a few other things and from what I heard, ran them through three different machines, and then brought them back. I think what annoyed me most was their obvious desire to find something incriminating and their treatment of me as a “suspect.”

When I said I had a plane to catch, one commented that “maybe I would make it.” With the implication that maybe I wouldn’t. And someone else at the end of the ordeal said that I should have come earlier (I was there about one and three-quarter hours before flight), but then I didn’t know I was to be put through this ridiculous charade. I had never been even given a second look at any airport before.

They saved the best for last—the complete pat down in a private room. Two women, one happily giving me a hands-on search from top of head to bottom of feet, making sure to cover every possible spot. She kept up a stream of talk supposedly telling me what she was doing as she did it, but it was in their official lingo and I had no idea what she was talking about, so I kept saying “Excuse me?” And the other woman would say “She’s telling you what she’s doing.” To which I responded, “I think I know what she’s doing, and telling me doesn’t make it any nicer. It is still totally outrageous.” When one finally nodded to the other, it seemed to be with some disappointment that I got the okay to go. Everything in my suitcase was in total disarray. I had no time for anything but to run to the gate before I missed my plane. They were boarding and had already called my section, and I just went on with the last section. I had had no time to even buy a bottle of water, and although I immediately asked an attendant for water, she told me that I wait to wait till we were in flight. I had to wait an hour and a half to get that water.

I think that Denver should be grateful that terrorists do not seem very interested in the city. They trend to gravitate toward cities like New York, Washington, Boston, and the like. Denver seems more likely to spawn local, disturbed gunslingers who wreak havoc in their own horrible way. And none of them are older women either. Strangely enough, they all seem to be disturbed young men. 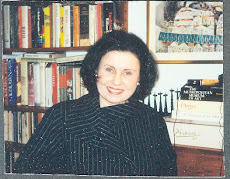 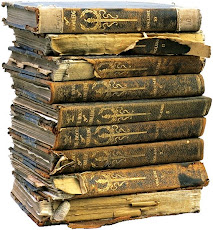